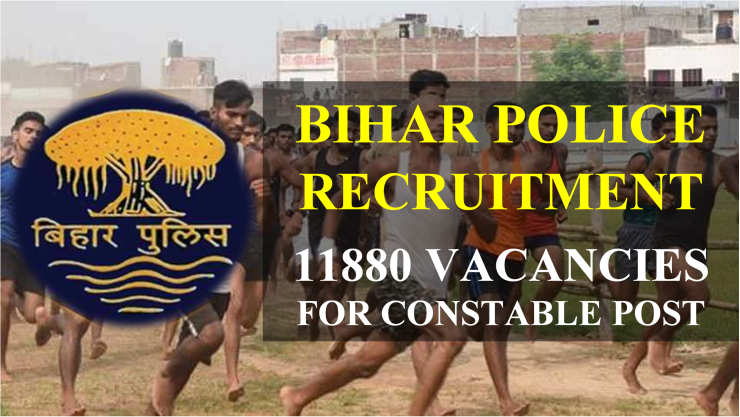 CSBC Bihar Police Constable Admit Card 2020: Central Selection Board (CSBC) has released the link for the admit card for Bihar Police Constable Recruitment Exam to be held on 8 March 2020 on its official website csbc.bih.nic.in. However, only the link has been released. At present, CSBC has not uploaded the admit card of the candidates on the official website. According to the notice issued a few days ago, the admit card candidates will be issued from February 20 i.e. tomorrow. This examination will be conducted in two shifts. The first shift will be from 10 AM to 12 PM and the second shift will be from 2 PM to 4 PM.

If a candidate is unable to download the e-Admit Card, then he / she will be duplicated from the office of Central Selection Board (Soldier Recruitment) at Back Harding Road (near Secretariat Halt), Patna from 10 am to 5 pm on March 4 and March 5. You can get e-admit card.

Download CSBC Bihar Police Constable Admit Card 2020 Direct Link – According to the notice, you will be able to download the admit card on February 20 from this link.

On 12 January, in order to visit the examination centers, the candidates were vandalized everywhere, which created an atmosphere of chaos. On Tuesday, the council had also issued an appeal to the candidates to avoid coming to the examination centers at the last moment and to reach before the time. Although the exam was postponed the very next day, no reason was given.

Sarkari Naukri Updates: Vacancy, Learn salary and other details in 10,131 posts in many departments including Railways, Police, Posts

Regular hand washing, wearing masks ... are the basic solutions to help prevent and reduce the risk of virus infection, including nCoV. Wash your hands...
Read more

“Stop believing the press and panicking”: a virologist on HIV traces in coronavirus

Indian scientists have found HIV inserts in the coronavirus from Wuhan, which, according to the media, was no coincidence in the protein sections of...
Read more

As you are aware that Veembu was released on YouTube on 8 April 2020 due to the strike of Coronavirus which has stopped new...
Read more

BMC Recruitment 2020: Vacancy left for the posts of Assistant Medical...