Three copies of intermediate chemistry of board exams were being written in the house of a person located at Lachhiya Deoria of Patherwa police station area of ​​Kushinagar in UP on Monday afternoon. The Patherwa police have arrested three people, including two teachers writing the copy, along with three answer sheets. A case has been registered against four people, including the central head, at the Tahrir of the Sector Magistrate. 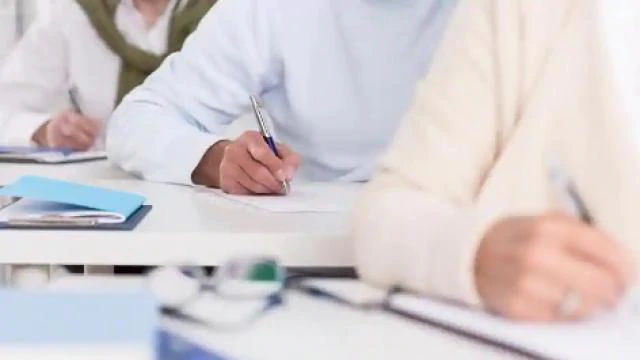 During interrogation, the three told that Purvanchal Kisan Inter College is a copy of Laxmi Vishunpur. Among the three arrested, Ajay Singh, resident of Taruvanwa, is the same Inter College teacher. Ramnath is a chemistry teacher in another school. The SO informed the high officials and took the trio to the examination center. No candidate’s serial number was written on the captured copies. Newcomer DM Bhupendra S Chaudhary, who arrived on the spot, termed the role of the central head in the case as suspicious. A case has been registered against four, including the central head, on the Tahrir of the Sector Magistrate.

This is Babur’s Baburnama, What Has He Written in This?

CBSE Will Change the Way of 10th-12th Examination, Instead of Rote, Thinking and Reasoning will be Encouraged

In New York, hospitals are constantly close to saturation

Africa Enters The Covid-19 Crisis, On The Front Line Facing The Coronavirus