Results of Kerala Circle of India Post’s GDS exam have been released on the official website. Through this recruitment process, more than 2000 posts have to be filled. 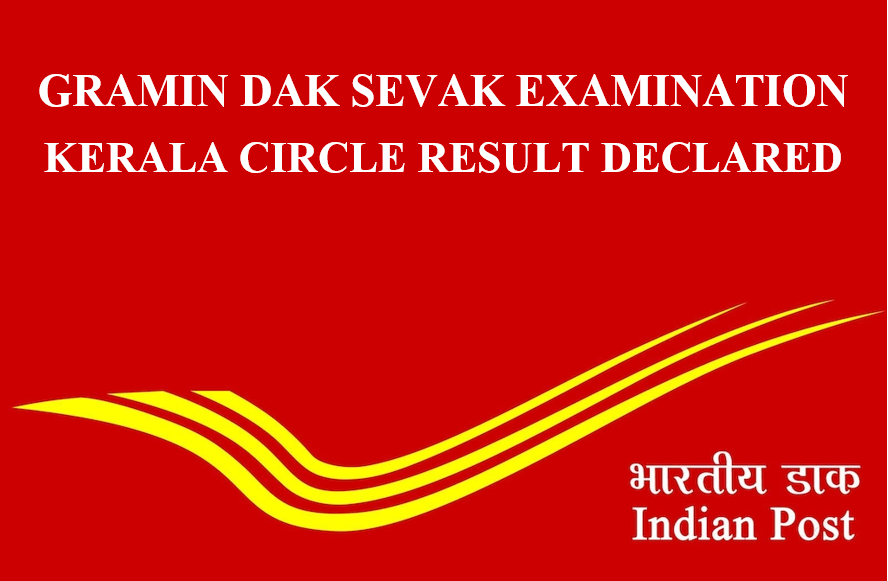 Kerala: India Post GDS Result Declared: India Post has declared the results of 2086 posts of Gramin Dak Sevaks on its official website. Link to view the result official website www.appost.in is active on but according to the latest information received so far, due to excessive traffic, technical disturbances are occurring in the website. Due to this, there may be delay in checking the result. Candidates are requested to keep restraint in such a situation. After some time when the traffic will be less, then the site will automatically start doing the right thing. Actually, the number of candidates is also quite high as the number of vacancies is high. According to the information, 2086 posts are to be filled in Andhra Pradesh Circle, 1799 in Chhattisgarh Circle and 970 posts in Telangana Circle under India Post Recruitment Campaign. Some time ago India Post had announced the results of Gramin Dak Sevak Recruitment for Chhattisgarh, Telangana and Andhra Pradesh. It was also declared on the official website itself.

There are a large number of vacancies

India Post is yet to declare the results for the Maharashtra Circle Recruitment, which was held for 3650 posts. Under this recruitment drive, 14, 403 vacancies of Gramin Dak Sevaks are to be filled in six regions of India. Out of which 2086 for Kerala, 1063 for Bihar, 1799 for Chhattisgarh, 970 for Telangana, 2707 vacancies for Andhra Pradesh and 5778 vacancies for West Bengal Circle. If we talk about their scope of work, then the responsibility of Gramin Dak Sevak includes the sale of stamps and stationery assigned by the postmaster or sub-postmaster, delivery of mail, arranging the convention, etc.