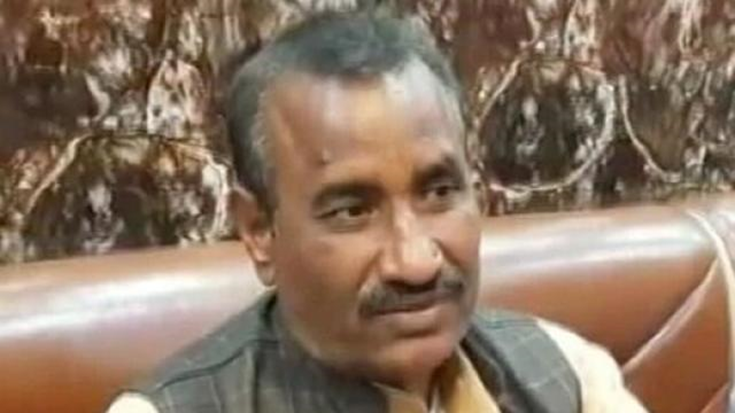 Bhadohi’s BJP MLA Ravindranath Tripathi has been booked for rape on Wednesday. The MLA as well as his three sons and nephews have also been charged. In the city’s Kotwali police station, cases have been registered in various sections including the victimized woman gangrape.

On February 10, a woman from Varanasi had called her to the hotel during the assembly elections and accused of rape. SP Ram Badan Singh formed a team to investigate as soon as allegations were made. The BJP is feared to have increased difficulties due to the allegation of rape on another MLA from the ruling party.

On February 10, a widow from Varanasi met the SP and alleged that she had met Sandeep Tiwari, nephew of Ravindra Tripathi, on the train while traveling to Mumbai. After this, both of them started talking by phone. A few days later, Sandeep made a physical connection at a hotel in Varanasi by promising marriage. During the 2017 assembly elections, he was called from Mumbai and kept in separate rooms for a month in a hotel on Station Road in Bhadohi. During this period, Rabindranath Tripathi and his sons and nephews also raped. The two-month-old baby who was born in the womb was also forcefully dropped. Now he started threatening to kill on asking for marriage.

On the woman’s charge, the SP ordered the ASP to investigate. Based on the investigation report, seven people including MLA have been booked in Bhadohi Kotwali. City Kotwal Srikant Rai said that a case has been registered against IPC Section 376D, 313 504 506 of Ravindranath Tripathi, his three sons Nilesh, Prakash, Deepak and his nephews JP members Sachin, Chandrabhushan and Sandeep Tiwari.

Covid-19 Helps In Catching Criminals: A Man Proved Himself Dead And Settled In America, Fearing Corona Returned After 28 Years And Caught

Police Personnel Were Shot Dead During A US Rally

8 Movies Premier on Netflix in June 2020

Pallavi Gupta - Modified date: June 4, 2020 10:54 PM 0
In June, Netflix renews its catalog to ease the quarantine, with a balance between productions of established filmmakers - such as the case of Spike...

How Does A Lack Of Vitamin B12 Affect People With Diabetes?

Understand Racism and Protests In The United States Through These 9...

Chagala Tripathy - Modified date: June 4, 2020 7:18 PM 0
The initial approach of 'Inhuman Resources', a six-episode miniseries released on Netflix , is shocking. Drinking from the most committed social cinema, it brings together denunciation, thriller and judicial...

The 90-Year-Old Practitioner From Gujarat, India, Who ‘Didn’t Eat Or Drink...

Life With 4 Children Of The First Pregnant Man In The...

The Story Behind the Touching Viral Photo of a Woman on...

The initial approach of 'Inhuman Resources', a six-episode miniseries released on Netflix , is shocking. Drinking from the most committed social cinema, it brings together denunciation, thriller and judicial...
Read more

'The Vast of Night', Andrew Patterson's first feature film, original from Amazon, places us in a small town in the state of New Mexico. Early 50s,...
Read more

The Centre for Poison Control of New York city received 100 calls for damage with disinfecting products in a period of four days after...
Read more

50 Percent increase in prices of these 21 medicines including malaria, TB, read- complete list

The National Pharmaceutical Pricing Authority (NPPA) has increased prices of 21 drugs. Prices of medicines have been increased by 50 percent. 10 have increased...
Read more