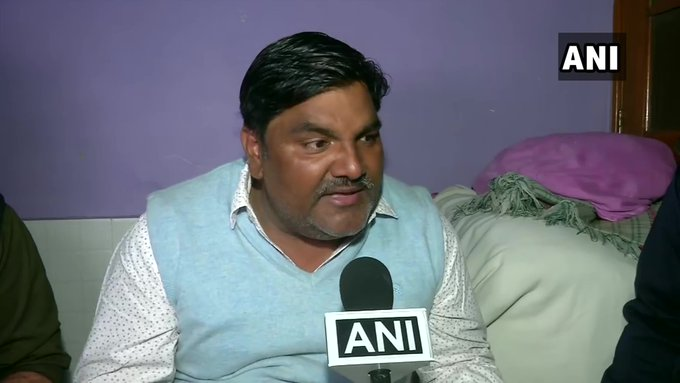 Earlier Tahir Hussain was sealed by his police in a major action. The factory was in Khajuri Khas area of ​​Delhi. Please tell that Tahir’s name came up after the violence in Delhi. He was also accused of spreading violence in addition to the charge of killing IB employee Ankit Sharma. In a video, petrol bombs, slingshot, stones etc. were seen on the roof of Tahir Hussain’s house.

The AAP councilor on Thursday denied his involvement in the riots and the killing of an IB employee. He said that I came to know from the news that I was being accused of killing a person. These are false and baseless allegations. In terms of security, my family and I left our house on Monday only in the presence of the police. At the same time, when asked about allegations of involvement in riots on Aam Aadmi Party councilor Tahir Hussain, Kejriwal said on Thursday afternoon that if the people involved in the riots are found to be associated with AAP, they should be punished twice. Kejriwal said, ‘I don’t have police. If such riots occur, there should not be politics in it. Be it the leader of BJP, Congress or AAP. Regardless of who is in the cabinet, punishment should be met. Pick them up and put them in jail whether they are ours or theirs. Stop doing politics with the country.

The death toll in the Delhi violence increased further on Thursday. The death toll reached 38 on Thursday. In the violence-hit areas, people stepped up efforts to get their lives back on track after the most horrific riots in the capital in more than three decades. The result of the communal clashes that erupted since Sunday in North East Delhi over the Citizenship Amendment Act is so bad that now bricks and stones are scattered all over the streets, houses, shops were burnt, looting incidents were carried out. CBSE Will Change the Way of 10th-12th Examination, Instead of Rote, Thinking and Reasoning will be Encouraged