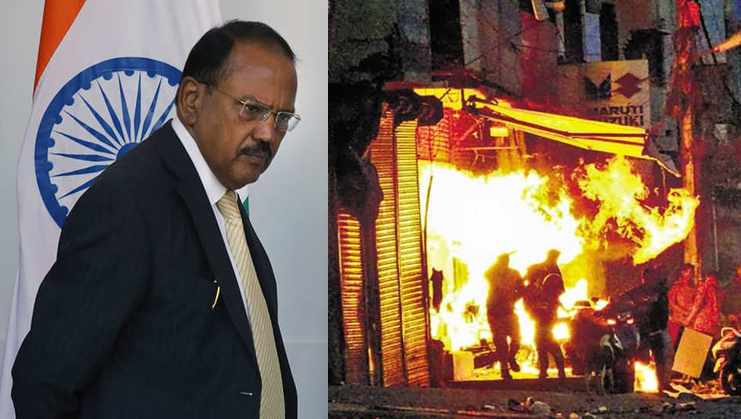 Other top police officers, Home Ministry and senior IB officials were also present here. After meeting with these officials, Ajit Doval visited areas such as Zafarabad, Maujpur, Kabir Nagar, Bhajanpura, Karaval Nagar, Gokulpuri and Chand Bagh etc. After which he once again went back to the DCP office and then returned from there.

Special Commissioner Law & Order appointed, CBSE examinations Postpone. 1985 batch IPS officer SN Srivastava has been appointed Special Commissioner Law & Order of Delhi Police with immediate effect. There were a total of 70 fire incidents in North East Delhi from 8 am to 8 pm on Tuesday. Stones and damage occurred on 5 fire vehicles. A fire officer was injured in stone pelting. CBSE examinations to be held today in total 86 centers have been postponed. Deputy CM Manish Sisodia said that schools in North East district will remain closed on Wednesday i.e 26 February 2020. 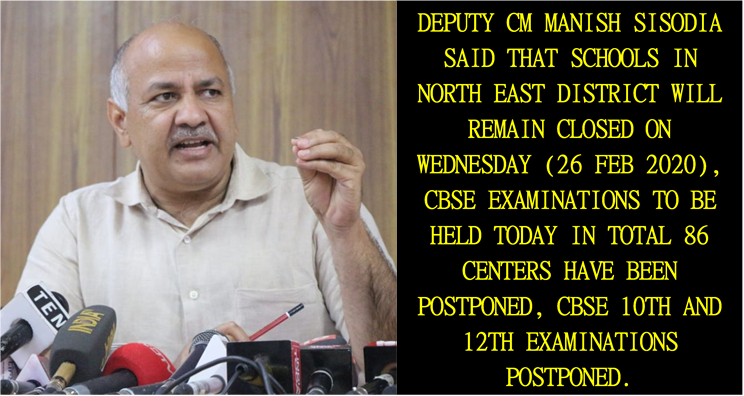 Delhi Police Commissioner, Home Secretary, IB officials were present in the meeting. Even after this, violence did not stop in Delhi. The Home Minister once again held a meeting at around 12 noon.

Representatives of BJP, Congress were also called in this meeting and the Chief Minister of Delhi also attended the meeting. Even after the meeting held in the afternoon on Tuesday, Home Minister Amit Shah held a third meeting. In this meeting. Special Commissioner of Delhi Police SN Srivastava, Home Ministry officials were involved. Sources also claimed that the meeting started at 7 pm and lasted till 10 pm.

Allegations of failure on the Delhi Police, lack of force also arose, in the areas of Delhi where violence spread, including Mustafabad. The violence at Mustafabad near Karaval Nagar also resulted in heavy losses. Now the police is ready so that the new incident of violence does not happen, although this violence took 13 lives. The Delhi government is accusing the Delhi Police that violence increased due to the failure of the police. The police is claiming that Delhi Police is fully prepared to deal with the violence.

The number of deaths from coronavirus in Hubei increased to 1696

Coronavirus Worldwide: UK Recorded More Than 500 Deaths in One Day to Cross 2000 Mark, Italy Trending at 1st Place While Spain at 2nd Spot in Death Count