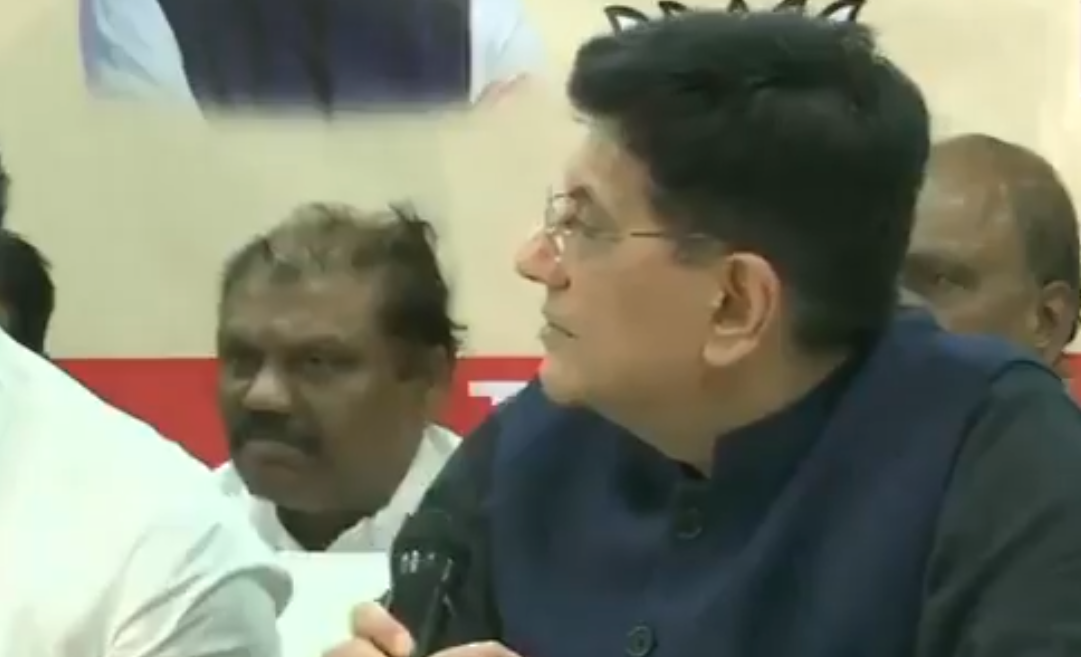 The book of former Mumbai Police Commissioner Rakesh Maria is in discussion. Union Minister Piyush Goyal reacted to this. He targeted the Congress and said that he had tried to mislead the country in the name of Hindu terror.

Former Mumbai Police Commissioner Rakesh Maria’s autobiography ‘Rakesh Maria – let me say it now’ is in the news. Reacting to this book, Union Minister Piyush Goyal said that the Congress had tried to mislead the country in the name of Hindu terrorism. He said that the Congress had to bear the brunt of this in 2014 and 2019. The public defeated him completely. On Maria’s book, Piyush Goyal said that he should have said these things when he was the police commissioner. Goyal questioned why Maria said all these things right now?

He quoted in a tweet “Union Minister Piyush Goyal speaks on reported excerpt from the Ex-Mumbai Police Commissioner Rakesh Maria’s book that Kasab would have died as Samir Dinesh Chaudhari with ‘red thread around his wrist’ had LeT succeeded in their plan.”

While replying to the tweet by @ANI a user @theskindoctor13 said, Sirf ninda karke kya hoga? This was one of the most heinous conspiracy in the world. It should be investigated thoroughly and culprits like Chidambaram, Digvijay and possible madam X must be brought to book for it. I dont think there’s even an FIR on them for this issue. 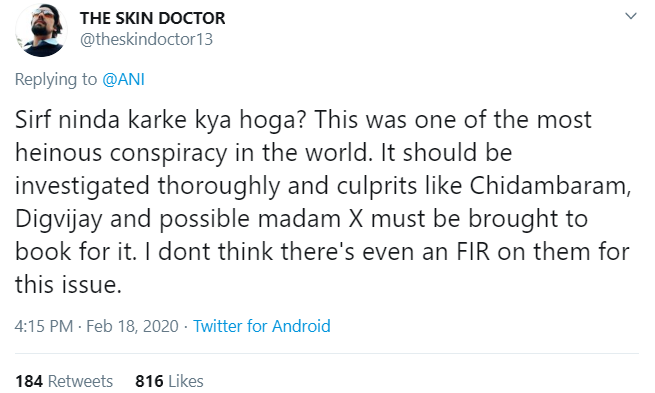 Another user @Kingpin_47 Replying to @ANI wrote, “Wow! nice, the Ex-Mumbai Police Commissioner Rakesh Maria’s has kept the information without acting upon it to write it in his Book & the present @BJP4India govt will not investigate rather use it in 2024 elections. @AmitShah”

Piyush Goyal said, “The first thing is why Mariaji said all this thing right now.” When he was the police commissioner, then he should say all these things. In fact, if there is any information in the service rules with senior police officers then action should be taken against them. I think a very deep conspiracy was hatched by the Congress, by the UPA. We saw another example of lies and deceit when he tried to create a false Hindu terror at the behest of … Chidambaram Sahab. I condemn the Congress and all those who tried to mislead the country at the time with false allegations of Hindu terror. His fault was in 2014 and in 2019 … the people of the country defeated him completely. I understand Terror has no religion. Terrorist is Terrorist and our government strongly condemns what Congress had tried to implicate some people on false charges.

In fact, in this book, Maria has made a big disclosure about Ajmal Kasab, the only terrorist alive after the 26/11 attack. In it, he wrote that Pakistan’s intelligence agency ISI had tried to make the 26/11 attack a cloak of Hindu terrorism. The fake attackers were sent with 10 attackers to prove them to be Hindus.

According to Maria, the Mumbai Police did not want to release the photo or more information of the terrorist Kasab. The police had tried its best to ensure that the terrorist’s details were not leaked to the media. The retired IPS officer also claims that Pakistan’s face was being exposed during the court trial, so underworld don Dawood Ibrahim’s gang got a contract to kill Kasab.

Today’s Horoscope [6 April 2020, Monday]: Today Is Going To Be A Day Full Of Happiness For Taurus People, Others Know Your Luck