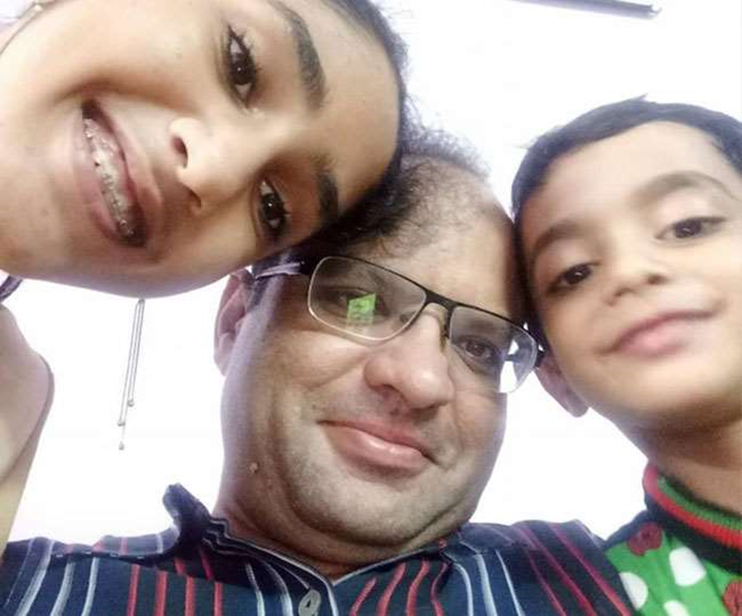 In Shalimar Bagh area, a man strangled two children to death and also committed suicide by jumping in front of the metro train. Following the information, the police is investigating the case and after taking possession of the dead bodies, they have been kept in hospital for post-mortem. Police have not received any suicide note from the deceased.

According to the information, Madhur Malani (44) lived in SF flat number 48 of BG block of East Shalimar Bagh with his wife Rupali, daughter Samiksha (14) and son Shreyans (6). He was unemployed these days. Due to which depression came. Madhur’s wife Rupali is a homemaker. The family lived in Shalimar Bagh on rent. It is said that Madhur’s ancestral resident was in Old Gupta Colony in Model Town area.

Madhur was at home with the children on Sunday, while Rupali went to Old Gupta Colony for some work. When she came home at around six thirty in the evening, she saw that both the son and the daughter were lying on a separate bed, and Madhur was missing from the house. In such a situation, Rupali tried to raise children, so there was no movement in her body. In such a situation, they made noise and called the neighbors.

After this, the matter was reported to PCR at around quarter to seven. After the information, the police reached the spot and admitted them to the nearest hospital, where they were declared dead. After this, the police started searching for Madhur, it was found that he had committed suicide by jumping in front of the moving metro train at Hyderpur Badli Metro Station. He had committed suicide at around six thirty in the evening.