An additional 73 people died from coronavirus infection, an increase of 14.8% compared to yesterday, bringing the total death toll to 565, the number of infections increased to 28,276.

The Hubei Provincial Health Commission today confirmed 70 more local deaths alone, bringing the number of deaths in the acute coronary pneumonia virus strain (nCoV) in this province to 549. Hubei discovered more 2,987 new infections, down from 3,156 cases yesterday . The total number of infected people in the province is 19,665.

The National Health Commission of China today announced an increase of 3,694 cases across mainland China, bringing the total to 28,018. In addition to the 70 deaths in Hubei, an additional three have been killed in other Chinese provinces. Worldwide, new cases have been reported in Japan, Singapore, South Korea, Australia, the US and Malaysia. 1,170 patients recovered.

The outbreak of acute pneumonia caused by nCoV in Wuhan City, capital of Hubei province, from December 2019, spread to 31 provinces in China and 26 countries and territories. Two deaths outside of mainland China were a Wuhan man in the Philippines and a man in Hong Kong. 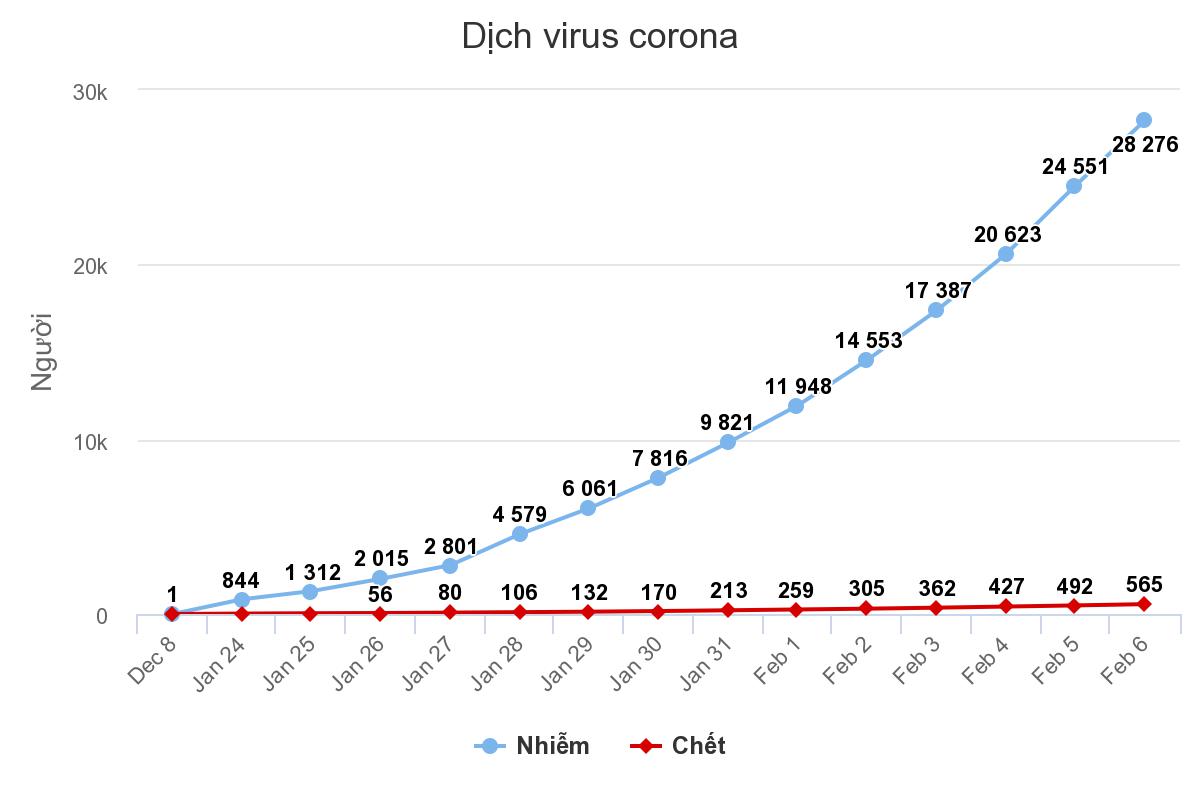 Many countries, including the United States, Britain, France, Australia, Japan and South Korea, have evacuated citizens from Wuhan, restricting entry with Chinese guests or people who have recently been to mainland China. Hong Kong on February 8 quarantined all guests from mainland China for 14 days.